Goldschlager has a wonderful cinnamon taste that's just the right amount of sweet and spicy. It also has flecks of edible gold leaf that float in drinks like little bits of bling. 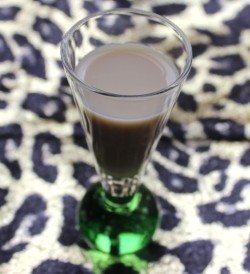 The Apple Cobbler cocktail tastes just like it sounds – apple, cinnamon and something creamy with hints of caramel. It really does taste a lot like apple pie. This drink obviously makes a great dessert substitute. It’s also wonderful served with milk, almost with one drink as a chaser for the other. Because a glass 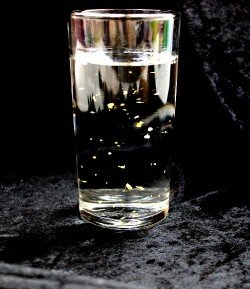 The Cinnamon Toast Crunch is simply cinnamon and vanilla in the form of a drink. Those two ingredients make a delicious combination, just like the drink’s namesake. I use Goldschlager for the visual effect of those gold flakes floating around in the drink. But you can use a plain cinnamon schnapps – and if you

The Keremiki shot blends cinnamon and peppermint liqueurs with 151 proof rum. It’s kind of like the ultimate breath mint with a kick. This is a tasty little shot that’s worth drinking slowly and savoring, as opposed to chugging. It’s also intriguing as a sort of alternative cordial. The next time you’re in the mood 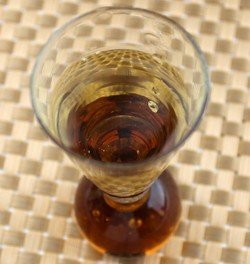 The 49er Gold Rush rocks on both flavor and presentation. It’s a fun shot that tastes like cinnamon, is gold in color and has gold leaf flakes in it. Goldschlager works best for presentation if you can pour it right in front of your guests, and this is one of those recipes where you can. 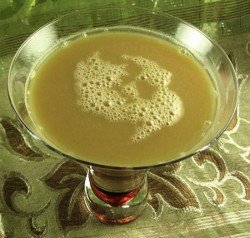