The Hot Buttered Rum is a classic cocktail which is due a revival. Like Bulletproof coffee, it calls for you to melt butter right into the drink.

Does that sound a little gross? And maybe really fattening? Well, if you like the taste of Butter Rum Lifesavers, this drink has kind of the same flavor. Which is not gross at all.

As for fattening, I’ve got good news for you: turns out butter is good for you! Okay, it’s still high in calories, but it’s not clogging your arteries like scientists once thought.

It’s healthier than some of the ingredients in butter substitutes, And if you get grass-fed butter (which is so tasty) it has Vitamin K, which is good for you in many ways.

And all of that is why it’s about time for the classic Hot Buttered Rum to make a comeback. It’s a perfect drink for fall or winter.

It belongs next to a nice fire, or out on the deck on a crisp, clear evening. It would even work around a campfire.

Whatever the setting, a Hot Buttered Rum makes you feel more cozy, warm and safe. It’s like comfort food in the form of a cocktail. 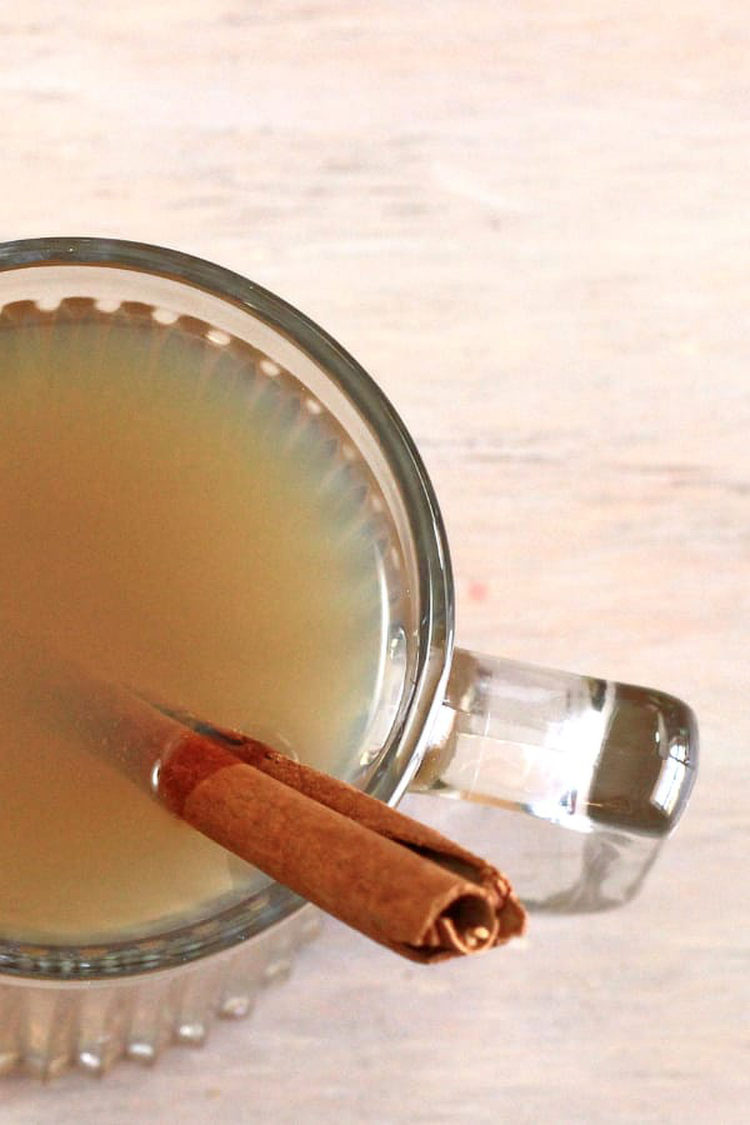 Like Mulled Wine, this is one of those cocktails that’s easy to make in a big batch. It really kind of lends itself to that. So I’m going to give you the big batch version ahead of the standard.

You can’t make this one in a pitcher, since the butter is supposed to be floated on top. So there are basically two ways to go about making this one in batches:

We went with the second option, because it’s actually much easier on the host or hostess. And it also does a surprisingly nice job of mixing all the ingredients together.

And now for how to make it one drink at a time.

There are several variations on this recipe. This is the simple, classic version, featuring rum, butter, lemon and cinnamon. 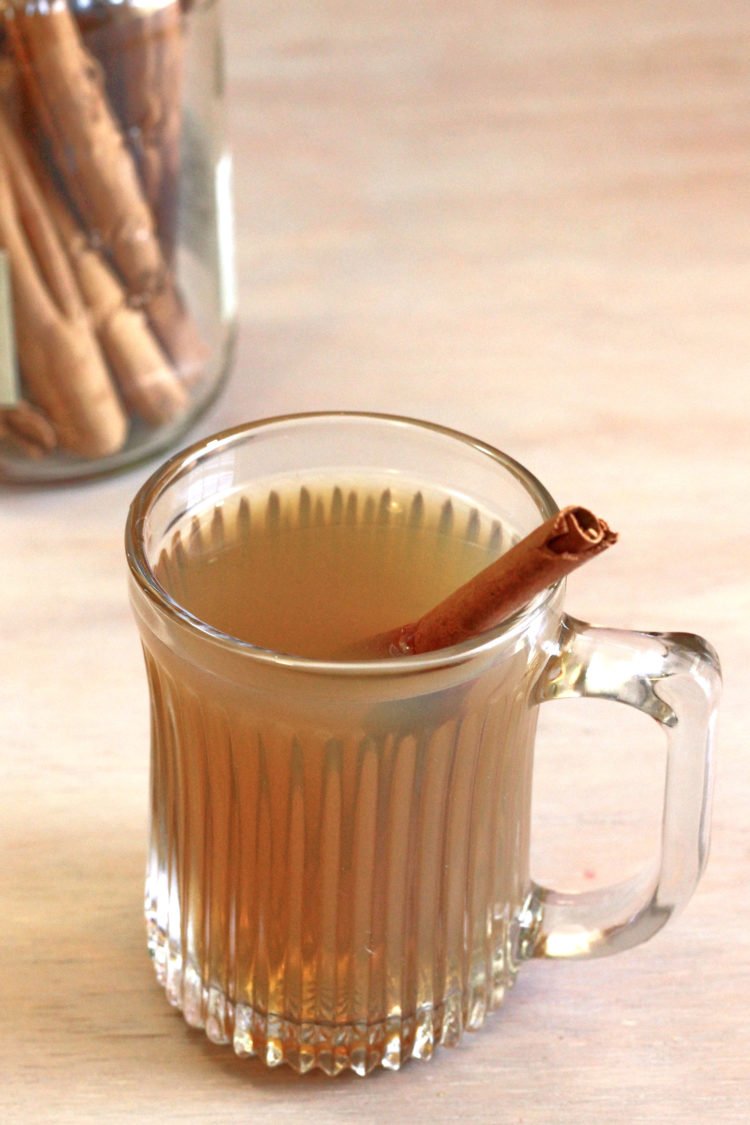