When you want a refreshing spicy cocktail, ginger is it. These ginger cocktails feature ginger ingredients in many forms.

A drink can get ginger flavor from ginger ale, ginger beer, fresh ginger juice or ginger liqueur. This list features a little of all of the above.

Ginger ale and beer are the most popular cocktail ingredients for the ginger flavor. But ginger liqueurs like Domaine de Canton can be surprisingly refreshing. 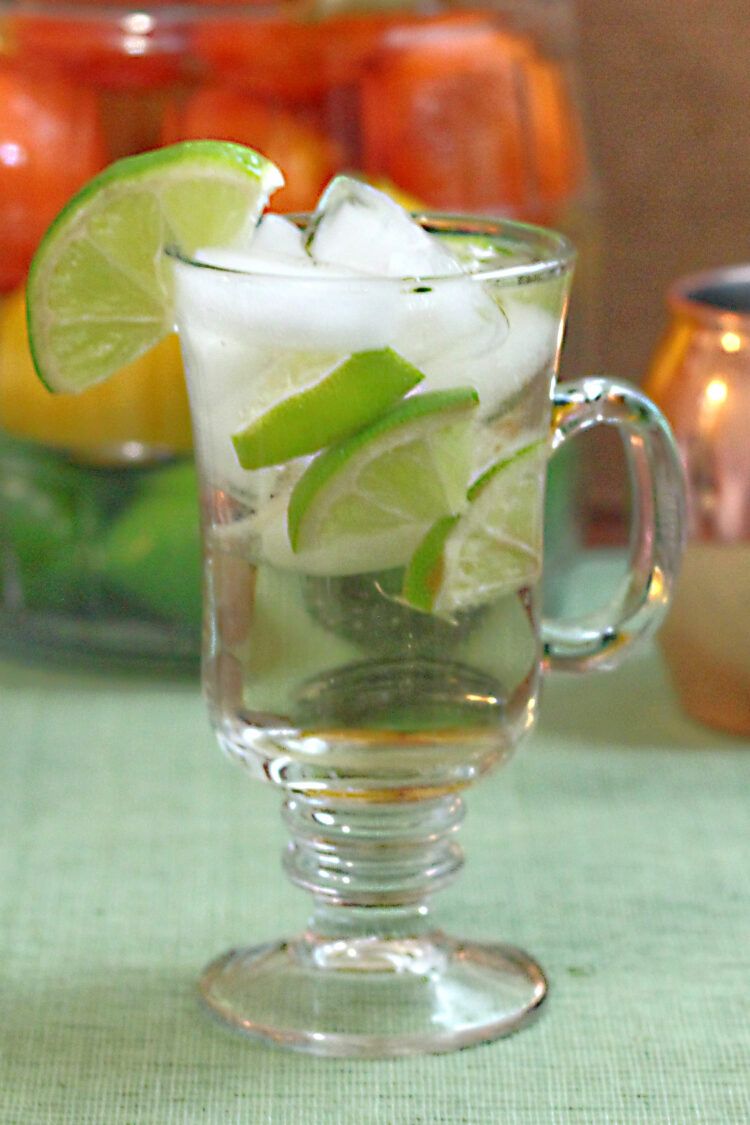 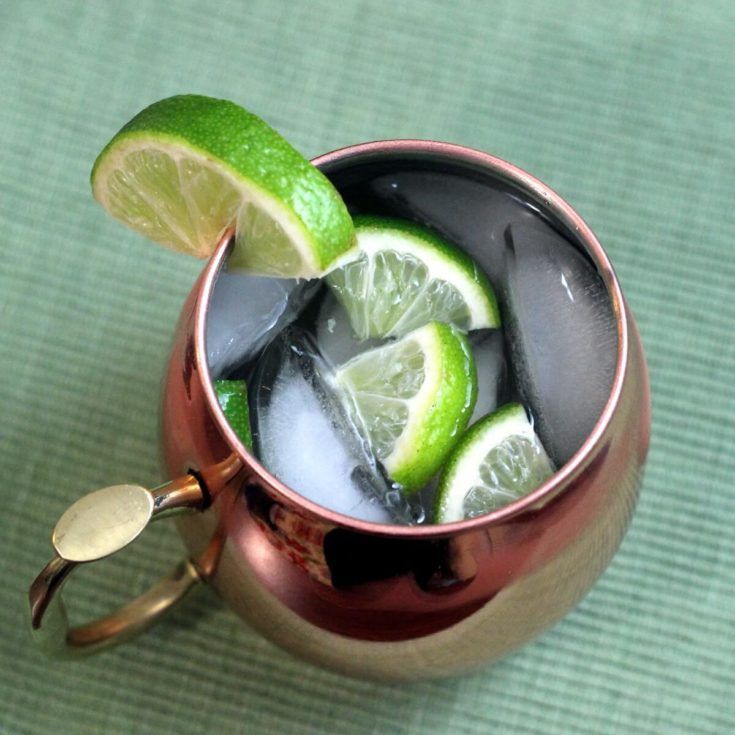 The Moscow Mule is a refreshing classic cocktail that features vodka, ginger beer, and lime juice. It's tart, spicy, and bubbly, with a taste that's easy to love. 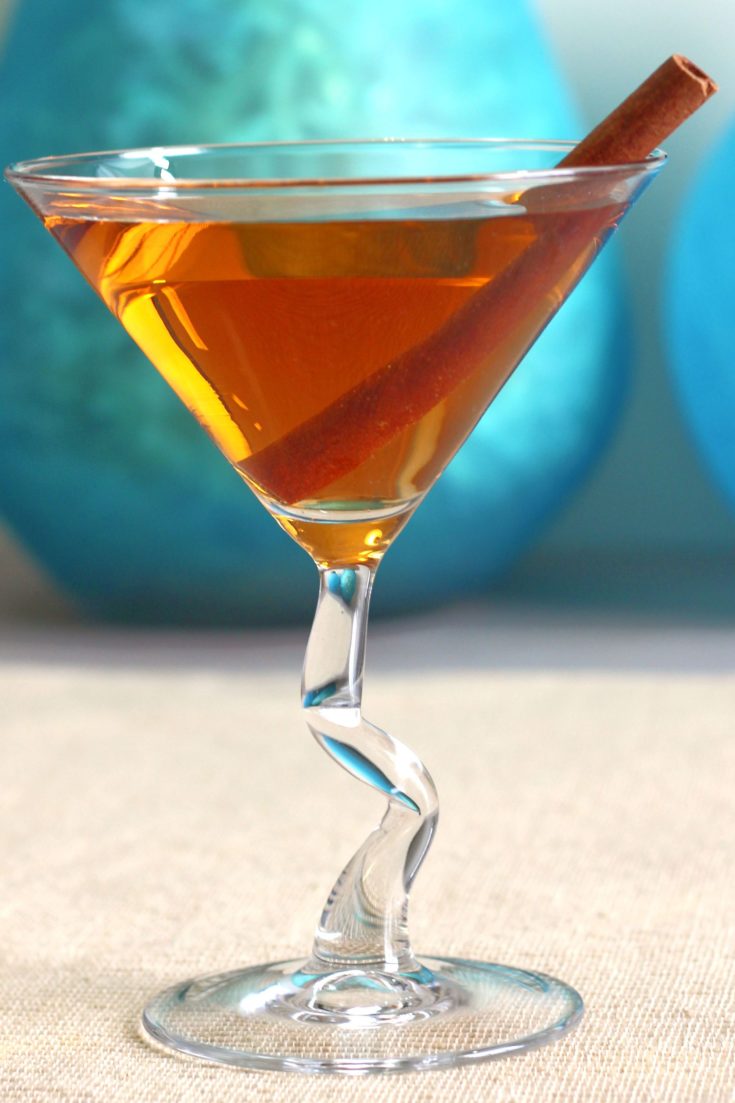 The warming gentle spice of the Ginger Apple Spice cocktail makes it perfect for cool evenings and chilly seasons. But it's wonderful all year round, anytime you want a touch of spice. 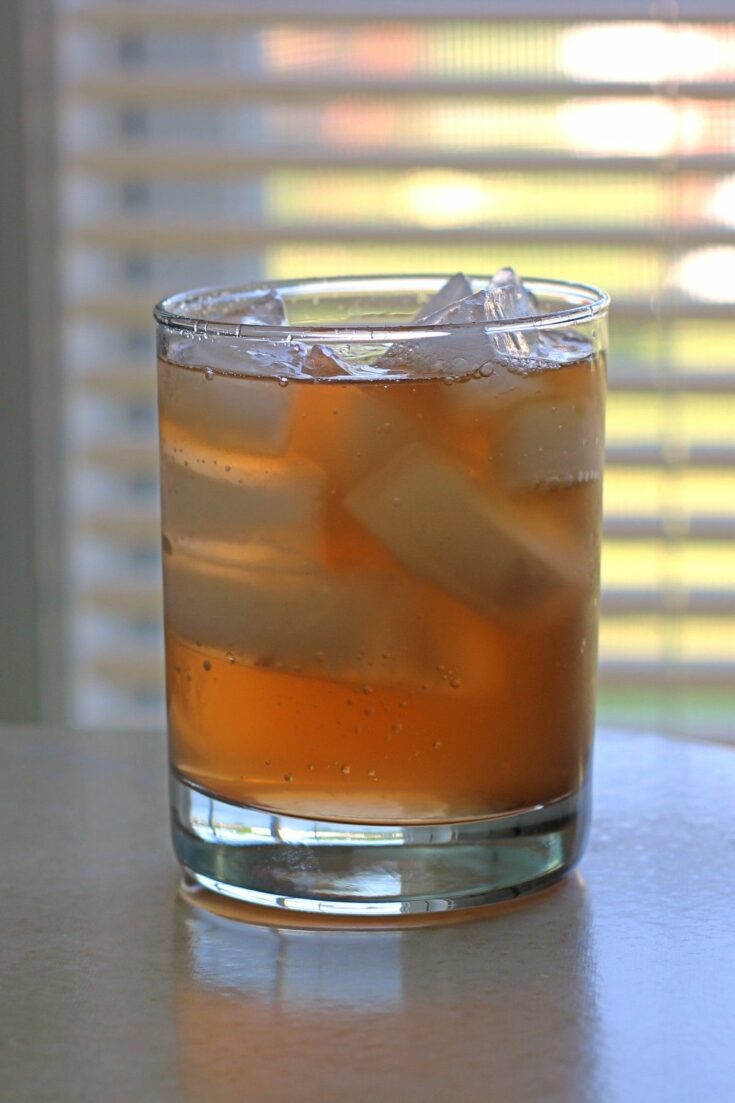 The Naughty Gnome cocktail takes Vernors Ginger Ale to new heights by adding dark rum and a little bit of angostura bitters. The result is an even richer, slightly less spicy concoction that might change your whole perception of ginger ale as a mixer. 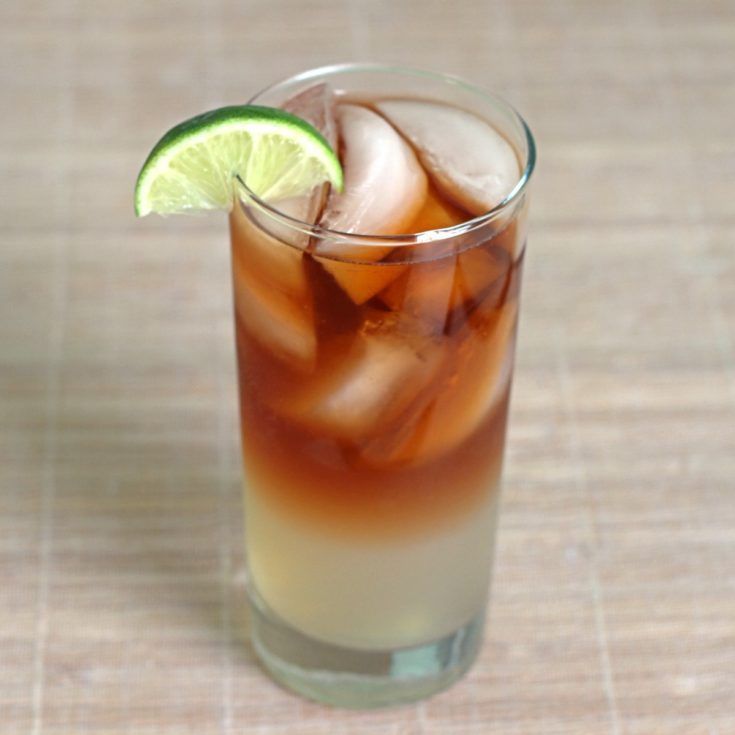 This old classic drink recipe blends Gosling's Black Seal Rum with ginger beer and a squeeze of lime juice. Think of the Dark ‘n’ Stormy as the Moscow Mule with rum instead of vodka.

The Honeydew-Ginger Martini uses Midori and Domaine De Canton Ginger Liqueur for its main flavors of honeydew and spicy ginger.

The Summer Heat cocktail makes me think of the feeling of sun on your skin. It's sweet, spicy and bold with hints of lemon and ginger. 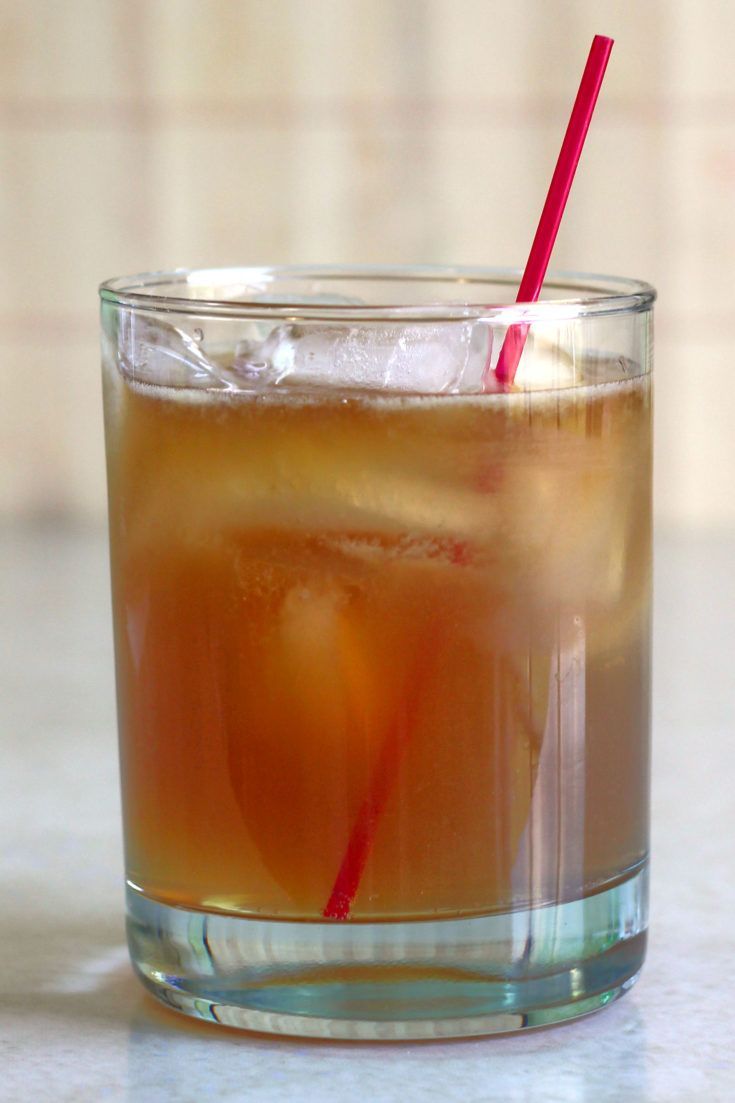 The Grumpy Old Man cocktail features bourbon and ginger ale with lime juice. It's a lot like the Moscow Mule, but with bourbon instead of vodka. This gives it more flavor, and you may find you like it even better. 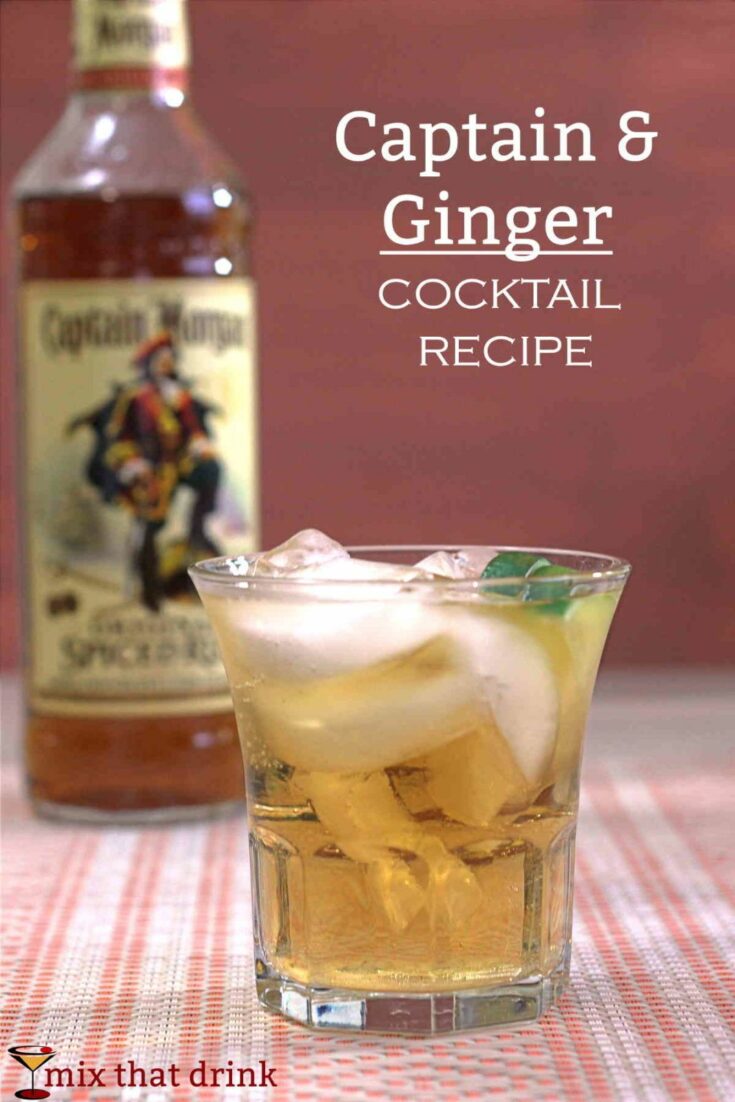 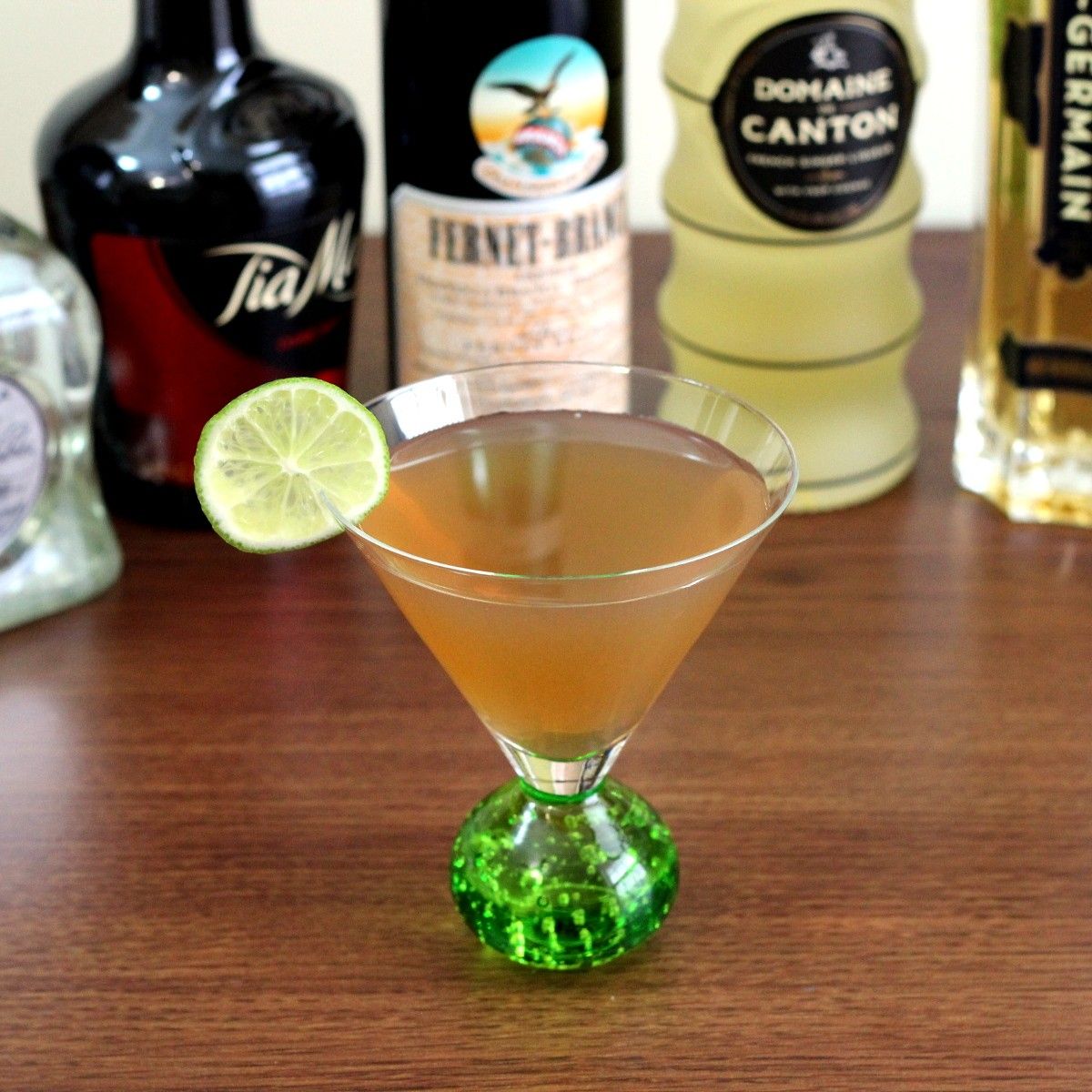 The March Rain Cocktail is something I created one rainy evening in March, hence the name. I started with sweet liqueurs – Tia Maria and Domaine de Canton Ginger Liqueur – and then flavored it with the Fernet Branca bitters. And more. 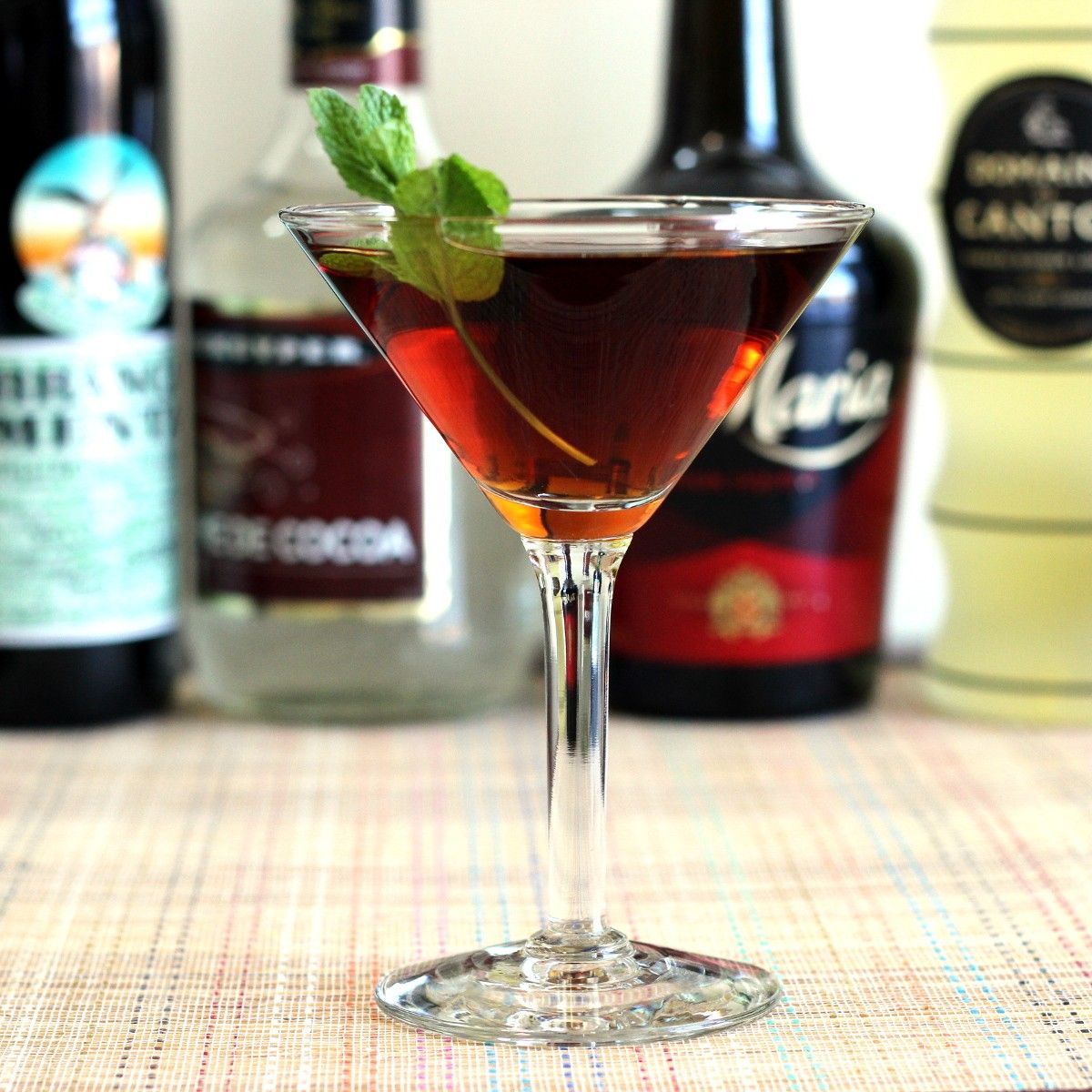 The Branca Menta Hopper started out as a re-imagining of the classic Grasshopper recipe. But by the time I finished developing the recipe, I wasn’t sure how much it even resembled the original. 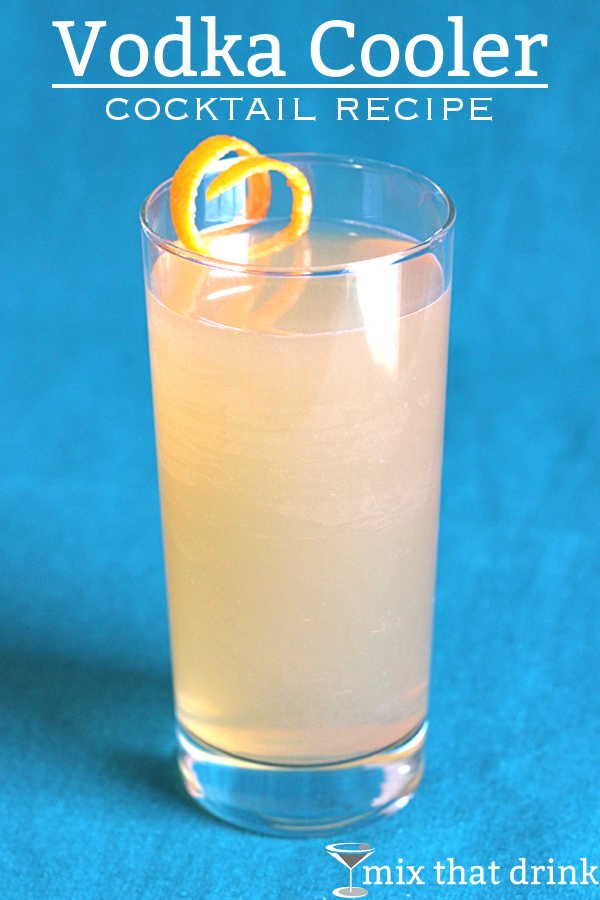 The Vodka Cooler drink recipe is similar to the Moscow Mule, but with a stronger lime flavor and a little sugar. It's tasty and refreshing - definitely a drink you need to try. 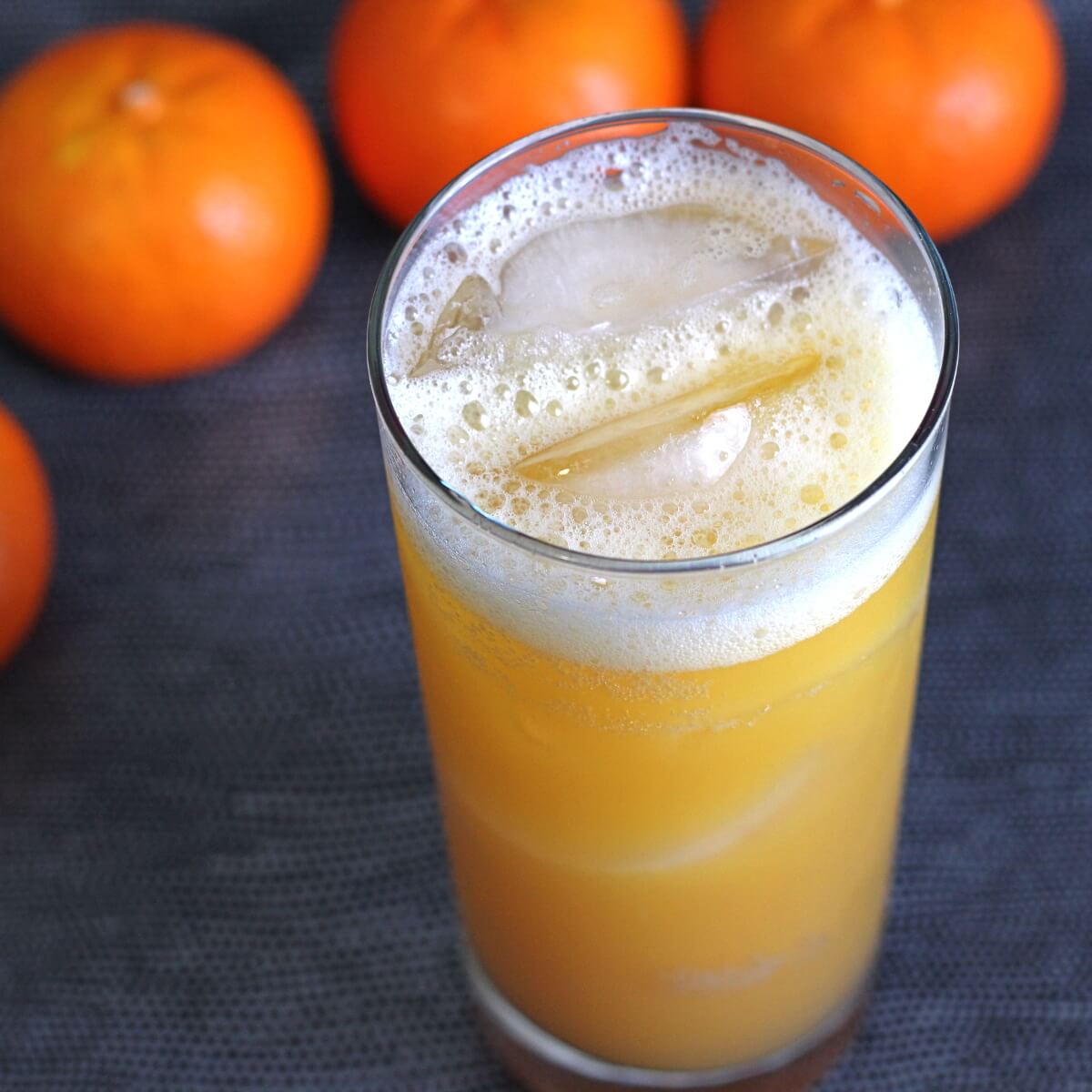 The Orange Oasis cocktail features a healthy dose of orange juice with a standard serving of gin, some cherry brandy, and a fill-up with ginger ale. The result is sweet, spicy and fruity. 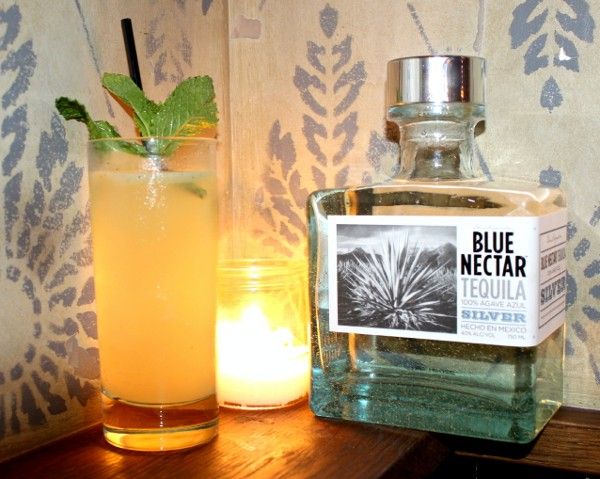 If you love your Moscow Mules, this is one you really need to try. It features silver tequila, ginger beer, lime and Mezcal. So in addition to that wonderful ginger flavor, you get hints of smoky and citrus notes and the result is a taste that’s similar to the Mule, but wonderfully more complex. 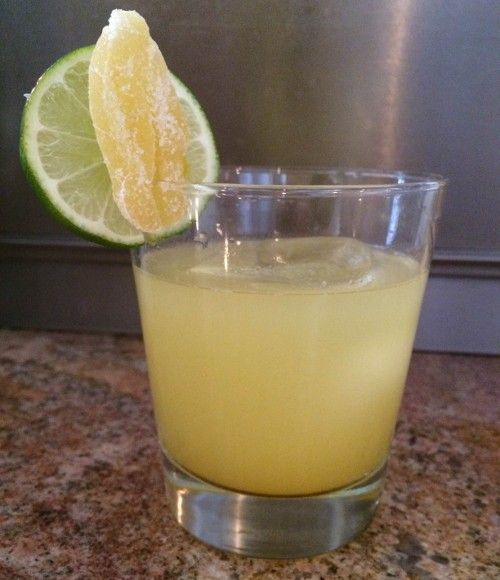 The Tumba is another original cocktail from Favela Cubana in Greenwich Village. This one features Mezcal, known for its smokey taste, with strong notes of ginger and grapefruit juice. 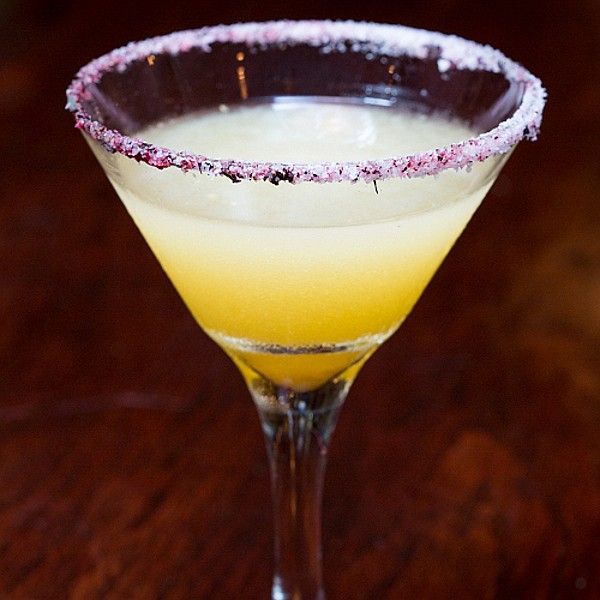 The flavors here are ginger, orange, raspberry and rhubarb (the last two coming from the hibiscus) with lemon to bring out a little more citrus tang. It’s sweet but not cloying, a really fascinating alternative the next time you’re thinking about having a Lemon Drop Martini. 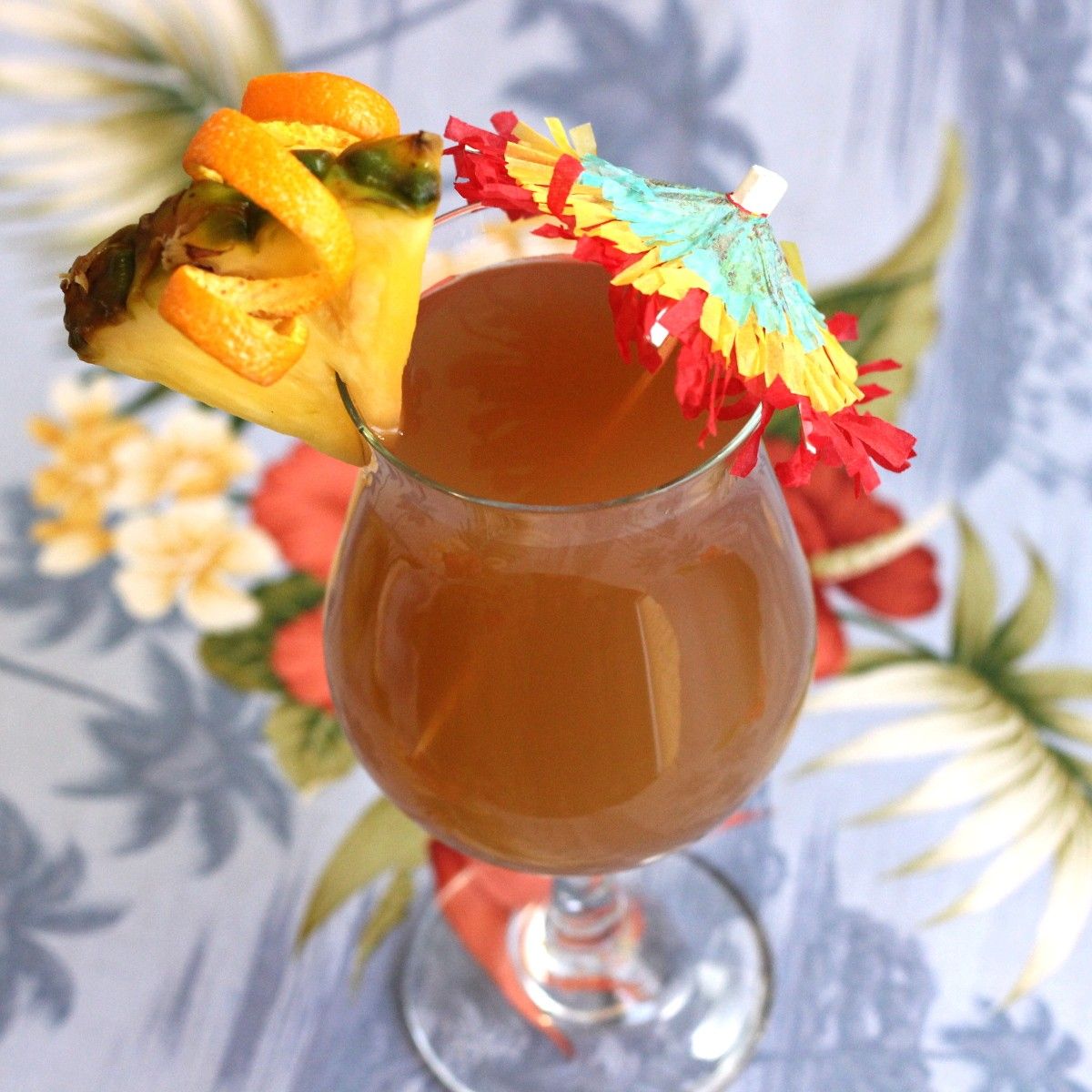 The Kristy is a super-sweet cocktail, so consider yourself warned. That said, it’s a really nice collection of flavors that play well with each other. The dominant flavor here is the pineapple, but ginger adds some spiciness while the amaretto makes it richer and sweeter. 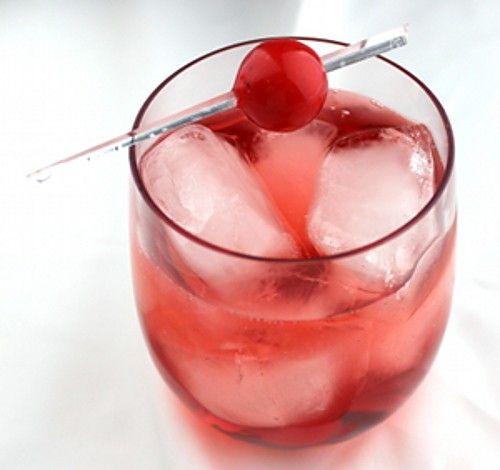 The Temptress cocktail answers the question of what happens when vodka meets grenadine and ginger ale. It’s sweet, fruity and just a little bit spicy. This is a nice drink for an evening out – think of it as an alternative to a Vodka Cranberry. 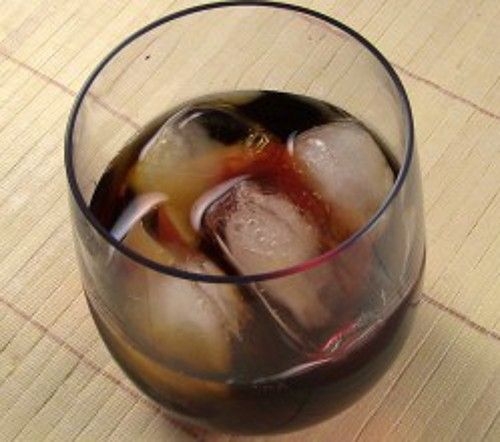 The Be Sweet cocktail is a strange mix: whiskey, Parfait d’Amour and ginger ale. Parfait d’Amour needs strong counterparts, since a little bit of it can go a long way. And it finds them in this drink. The whiskey brings out the orange notes in the liqueur, and the ginger ale
gives it some spice.