There are a number of Chocolate Raspberry Martini recipes out there. I’ve included two here. One of them is clear in color, and has just two ingredients. The other adds some color, plus a touch of Tia Maria or any other coffee liqueur of your choice. 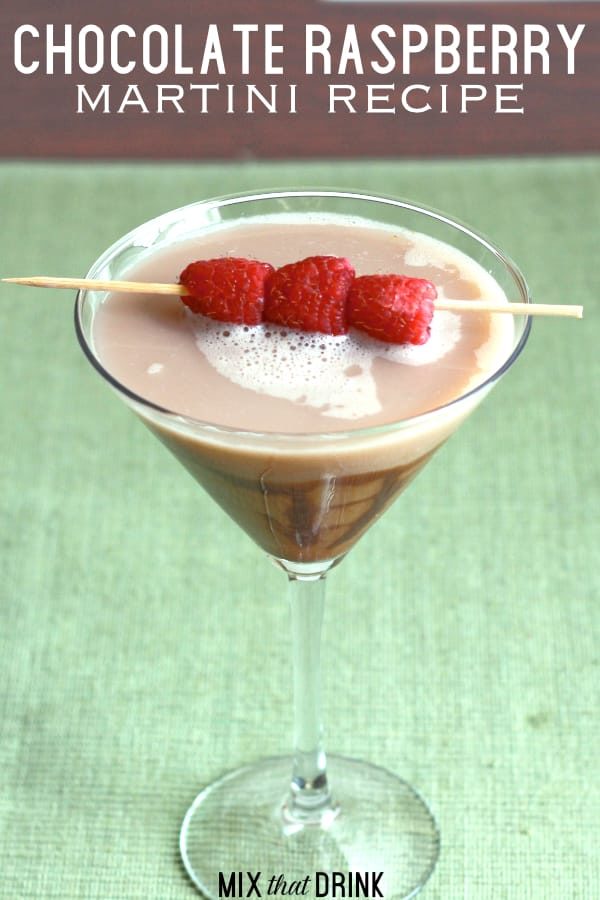 Both versions taste fantastic. I prefer the first one because that touch of coffee bitterness adds a nice contrast to the sweetness of the raspberry. I also can’t get past the idea that a “chocolate raspberry martini” ought to be brown or reddish in color, not clear. That’s just silly, of course. The clear version is very tasty, and a bit less sweet than the first version.

The cream is another difference between the two. It adds a richness to the first version, especially if you use a full-fat cream or at least half-and-half (for those outside the US, half-and-half is equal parts whole milk and heavy cream).

The first version of this one has more or less the strength of a typical cocktail. But the second version is pure alcohol – flavored vodka with a fairly strong liqueur – and that makes it a rather strong drink, very nice for savoring on a night in. 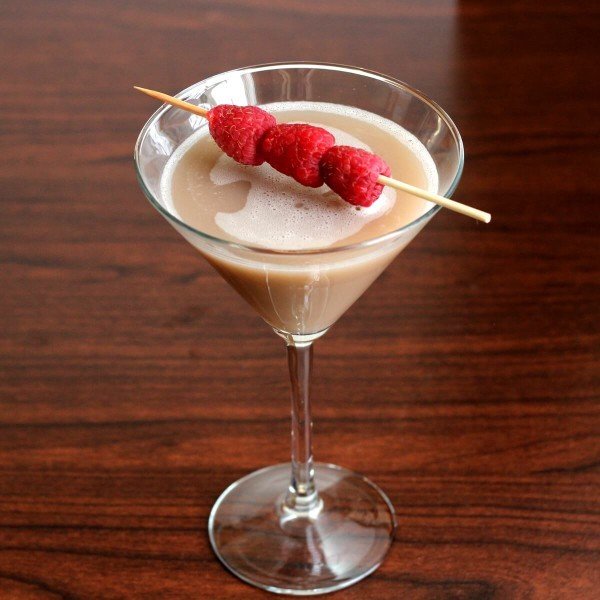 You can garnish this one in a few ways: put a few fresh raspberries in it, sprinkle cocoa powder across the surface, put a chocolate kiss or two in it, or any combination of the above. You can also rim the glass with sweetened cocoa powder. I prefer to just skewer some raspberries and lay them across the top. It looks elegant and clean.

And for the second variation…

Chill your ingredients beforehand. Pour them into a chilled martini glass and stir.