You are here: Home / Archives for Cocktails

Shaken or stirred, these drink recipes cover all the bases. Martinis, margaritas, all the standards are here along with some you've never heard of. 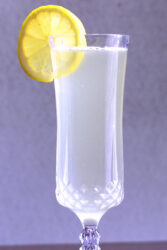 When you want champagne, but it doesn’t have the kick you’re looking for, you can always go for the French 75. It’s a champagne, gin and lemon cocktail with a hell of a kick. 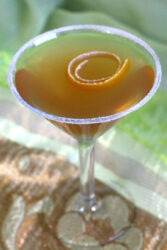 The Sidecar cocktail probably dates back to the end of World War II. The version that survived only has three ingredients: brandy, orange liqueur, and lemon juice. 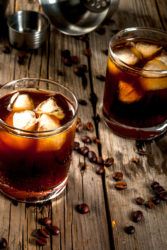 The Black Russian tastes very different from the White Russian. This classic vodka drink leaves out the cream to focus on the rich flavor of Kahlua. 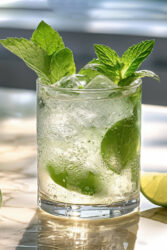 No one’s exactly sure where the Mojito came from – it may date all the way back to the 16th century. Whatever its origins, this traditional Cuban carbonated rum cocktail is a big hit today. With a base of white rum and lime juice, it’s reminiscent of the Rum Swizzle and Daiquiri, but the mint 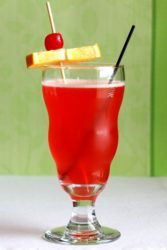 The Singapore Sling looks like a glass of Koolaid, and it tastes fruity, so the alcohol effects can sneak up on unsuspecting drinkers. That makes it a stealth drink. The original recipe was created in the Raffles Hotel in Singapore in the early 1900s, then forgotten for a while, then re-created from the memories of