The Amaretto Sour belongs to a family of mixed drinks known as “sours.” This category of cocktail recipes always has a combination of at least one spirit, lemon or lime juice, and a sweetener.

There may be someone out there who doesn’t like the taste of amaretto, but we haven’t run into them yet. Most people love the flavor, and when you add lemon juice to provide contrast, it gets even better.

If you’ve never had amaretto, the taste of it is mostly almond with a hint of cherry. It’s made from either almonds or apricot pits, or both.

The first time I ever heard of this drink was when a friend ordered it at a bar. Since then I’ve had several friends who considered this their go-to drink at bars.

There are at least three reasons for this. One is that it just because it tastes so good. Another is that this is a drink that’s hard to get wrong. And third, it’s light on the alcohol, which is sometimes preferable to a more intense cocktail.

In the case of this cocktail, you don’t need as much syrup as lemon juice. That’s because the amaretto adds so much sweetness on its own.

There are some other variations on this drink. Some recipes, like the recipes for the Whiskey Sour, call for egg white. You just add half an ounce of beaten egg white into your shaker, and you get a lovely foam on top of the drink.

For a special touch, garnish this one with Woodford Reserve Bourbon Cherries. They have a light bourbon taste and aren’t too sweet. They go really well with the Amaretto Sour.

They’ll add a lot to any cocktails that use cherries as garnish or for muddling, such as the Manhattan or Rob Roy.

Matching the Amaretto Sour with food

The flavor of amaretto dominates this drink, so the Amaretto Sour can clash with some recipes. You can definitely enjoy this drink all by itself.

Or you can serve it with salty bar snacks, or mildly sweet desserts like tiramisu, cheesecake or a chocolate croissant. Either of these will make a nice contrast with the taste of this drink.

If you love the Amaretto Sour… You should check out some of the other “sours”, like the classic Whiskey Sour. It’s a bit less sweet than this one, but it will grow on you. 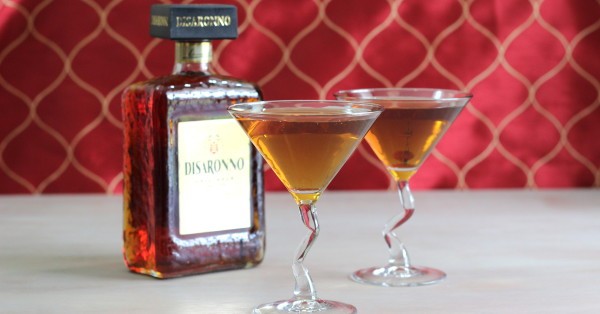 Or if it’s mainly just the amaretto flavor you love, try the Nilla Wafer Martini, which features amaretto along with vanilla vodka. It doesn’t taste exactly like a Nilla Wafer, but you might find it actually tastes better. 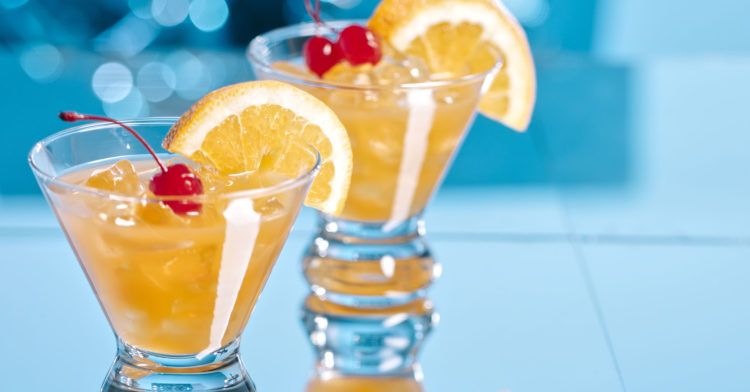 There’s also the Amaretto Stone Sour, which is very similar to this recipe except it adds orange juice.